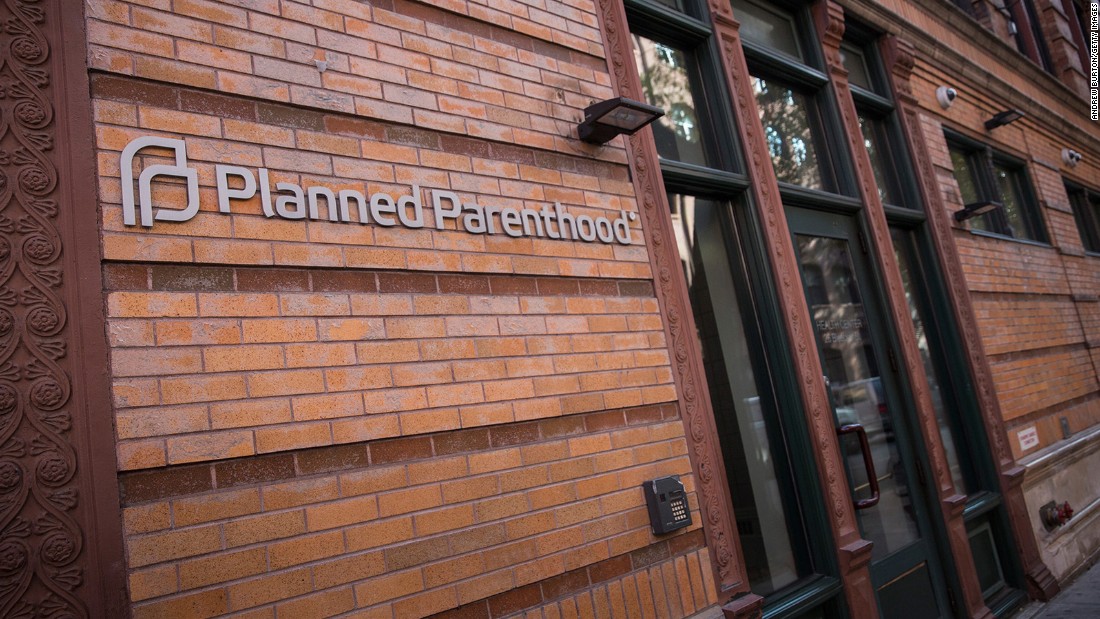 (CNN)Planned Parenthood and other organizations that serve or cater to women are defending themselves against allegations of various forms of discrimination against pregnant employees.

Planned Parenthood, which calls itself the country’s largest provider of reproductive services, is central to the story, with accusations from three named women and several unidentified current and former employees.
The story also includes accounts from former employees of Natera, which sells genetic tests for pregnant women; beauty company Avon; and Mehri & Skalet, a DC-based law firm suing Walmart for pregnancy discrimination.
Here’s how the groups are responding to the allegations.

In a statement, Dr. Leana Wen, president of Planned Parenthood Federation of America, said she was “deeply disappointed” by the article. But she declined to comment on specific allegations, citing “confidentiality reasons.”

“At Planned Parenthood, we do not tolerate discrimination or harassment, and we strongly enforce our non-discrimination and anti-harassment policies,” Wen’s statement says. “If we learn about accusations, we move immediately to investigate and address them. For confidentiality reasons, we cannot comment on specific allegations, but make no mistake: if concerns are raised or complaints brought, we investigate immediately and, where necessary, take decisive action.”
According to the Times, current and former Planned Parenthood employees in four states said managers in some locations declined to hire pregnant job candidates, and refused pregnant mothers’ requests for breaks. In some cases, employees were pushed out of their jobs after giving birth, the article says.
Moreover, lawsuits filed in federal and state courts accuse managers of denying workers rest breaks, lunch breaks or overtime pay, the article says. Some managers are accused of retaliating against employees for taking medical leave.
According to the Times, most Planned Parenthood offices do not provide paid maternity leave, but many let new mothers use short-term disability to earn a portion of their salaries.
The New York headquarters, Planned Parenthood Federation of America, offers six weeks of paid parental leave with accommodations to take up to 16 weeks leave, according to the group. Policies at individual affiliates vary, and may differ from the national office.

One employee in a clinic without paid maternity leave said she started an online fundraiser to help with bills while on leave, the Times reported.
The article cites financial pressures as one reason why clinics do not provide paid maternity leave.
“A core principle of reproductive health equity is the right to become a parent and raise a family free from fear and discrimination,” Wen’s statement says. “I’m a new mother to a one-year-old boy, and I know how challenging pregnancy and returning to work can be. It is essential that all employers and all sectors of society support pregnant women and new parents.”

Two women told the Times they were demoted while on maternity leave at Natera. One said she trained a junior employee to fill in for her, only to be told that she would be reporting to her upon returning.
A company spokeswoman said the women’s employment “was not influenced inappropriately” by their pregnancies or subsequent maternity leave. The company declined to elaborate, saying employee matters are confidential.
“Natera does not discriminate against employees on any basis. Allegations to the contrary are untrue,” spokeswoman Anna Czene said in an email.
“As a leading women’s health company, we are proud of our support for women in and out of the workplace. We are committed to supporting a diverse and empowered workforce, providing competitive maternity leave benefits, and operating with integrity and quality.”

At Avon, two employees in a cosmetics-testing lab sued, saying they were forced to handle toxic chemicals while pregnant, according to the Times. A marketing executive told the Times she was fired four days after announcing her pregnancy.
Through a spokesperson, Avon strongly denies claims of discrimination and declined to comment further, citing the pending litigation.
It defended its reputation as “the company for women” and said it has had a “strong and ongoing commitment to empowering women” since its founding.
“As a preeminent employer of women, with a workforce comprised of more than two-thirds women, we understand the particular needs working mothers have, and we are committed to supporting them before, during, and after maternity leave,” the company said in a statement.
“Our dedication to women’s advancement in the workplace includes ensuring work-life balance, a comprehensive benefits package that provides incremental women’s health features, a generous maternity leave and mother’s rooms.”

According to the Times, three lawyers accused a founding partner, Cyrus Mehri, of mistreatment. One told the newspaper that Mehri pressured her to return early from maternity leave. Another said she was fired after asking to postpone a performance review during her leave. The third employee said Mehri questioned her child care arrangements after she returned from leave.
CNN has reached out to the law firm for comment.
According to the Times, Mehri “strongly denied” the allegations and said that no one was mistreated.

Tags: healthnewsPlanned Parenthood and other groups respond to accusations that they mistreated pregnant employees - CNN

Copyright 2021 Business Solutions Terrifico Theme powered by WordPress
You can see who we've worked with near you that you might know for a reference by browsing our hierarchical portfolio directory below. For video marketing, cities we serve include There was an error with contacting the service. Please check your Best Local SEO Tools settings like the state *full name* and city name. Some cities may cause bugs because they are not in our database. If that is the case,
%d bloggers like this: